Award-winning designer and disability advocate Carol Taylor has announced she will partner with fellow adaptive fashion designer Jessie Sadler, with Sadler’s label to showcase their new designs at this year’s Afterpay Australian Fashion Week in May.

Sadler and Taylor have spent years following each other’s success, deciding to team up this year to change the representation of ‘mainstream fashion’.

Sadler launched her label Christina Stephens in March 2020, stepping away from her job as an energy expert to pursue adaptive fashion options and designs after seeing the difficulty her mother faced firsthand trying to dress without assistance, following a fall in 2017.

She tells Women’s Agenda how she could not find clothes that “didn’t resemble a hospital gown” for her mother.

The latest stories, funding information, and expert advice. Free to sign up.

“The options were underwhelming,” Sadler said. “I didn’t realise adaptive clothing was such a non-existent category.”

Despite one-fifth of Australians living with a disability, Sadler realised there was a scarcity of beautiful, quality, and on-trend fashion available for those requiring adaptive designs.

Ultimately, Sadler wants her adaptive and inclusive clothing label to be seen as ‘mainstream’.

“Christina Stephens as a label has always been about collaboration over competition,” Sadler said. “If we want to see true progress in mainstream fashion, it starts by working as ‘one’.”

Since 2020, her label has quadrupled its retail revenue and increased its wholesale and drop-shipping revenue by 300%. It now sells on The Iconic and will be showcased in May at Afterpay’s Australian Fashion Week (AAFW), as part of the Adaptive Clothing Collective runway show.

Carol Taylor describes partnering with Sadler as a natural next step for her career. Before becoming a designer, Taylor worked as a lawyer at Taylor Law & Conveyancing, a regional law firm based in Tallebudgera, Queensland.

On July 9, 2001, Taylor and her husband were driving home after a weekend away in the Blue Mountains near Sydney when the car hit black ice, sending the car rolling. Taylor’s spinal cord was severed, leaving her quadriplegic.

She continued to do what she loved: painting, creating, and later designing her own clothes.

“I’ve always loved fashion, even from childhood, and sustaining an injury didn’t change that,” Taylor said. “Fashion affects our core sense of identity, confidence, and the way the outside world treats us.”

“I might be on wheels, but fashion moves me forward.

“That moment I started to wear colour and find, create and make clothing to feel like the person I was pre-injury, it was cathartic. It changed me — and put me on the road to good mental health. That’s how powerful clothing is.”

Taylor has also contributed an essay to We’ve Got This, the first major anthology by parents with disabilities published in Australia earlier this year, where she shared her stories of parenting with a disability. 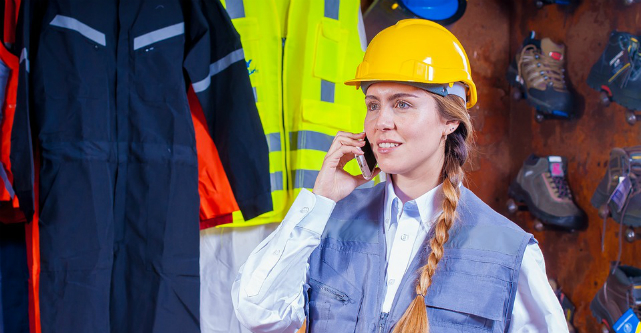 Three years ago, Taylor was invited to show her collection at Mercedes Benz Fashion Festival in Brisbane, and this year, joins Sadler’s label as part of the Adaptive Clothing Collective runway show.

“I was very much aware of Jessie and the amazing things she was doing,” Taylor said. “In the end we decided collaborating was much better than competing.”

Sadler says her collaboration with Taylor is an evolution of the Christina Stephens label.

“We’ve worked on some completely new, exciting, and thought-provoking pieces,” Sadler said. “Christina Stephens’ classic style is still front and centre of our design philosophy, but now Carol weaves the colour and glamour into our designs our customers have been asking for.

“We’re giving more consideration to people with specific conditions and abilities, so that our designs are universal.”

Taylor added that the designs are eye-opening, unexpected and provocative. “There’s something very special that has been designed for the girl that can’t stand up,” she said.

“I always say to my son — nothing ever changes if everything stays the same. I hope that’s what this collection will do.”

“This is a big market. Retailers like Myer, David Jones need to realise this is a product that’s wanted. People want this. Build it and they will come.”

This article was first published by Women’s Agenda.